Metroid has a special spot in our hearts, and if you’re watching this, there’s a good chance that you know how we feel. Fans of Samus are feeling good after this year’s E3: Nintendo proved that they still care as much as we do. But why IS it that Nintendo fans have been asking for a new entry in this series for years? What makes us especially passionate about this particular bounty hunter? Simeon and Scott are here to break down the reasons that Metroid stands out from the crowd.

When our parents were our age, they would never have imagine being able to scan their toys into their video games. Well, now we’re living in the future, thanks to amiibo! But how exactly do these figurines, cards, and plushies interact with Nintendo’s systems? Do they really learn and level up? All those answers and more in this episode of NF + TBC. amiibo Footage credit: Gamecite, Game Wire
“Escape the Premises” Kevin MacLeod (incompetech.com)
Licensed under Creative Commons: By Attribution 3.0
http://creativecommons.org/licenses/by/3.0/

Best way to win a debate: Pick a side and give your opponent the other one to argue for.

It’s amazing how many heavy-hitters the Nintendo Switch is getting in its first year. Some of Nintendo’s biggest franchises are being represented with all new entries featuring innovation and a high level of polish. That said, which game deserves the #1 sales spot when all is said and done? Will Breath of the Wild maintain its momentum from launch and stay king of the hill, or will Super Mario Odyssey become a runaway hit this holiday and dethrone the competition? We want your thoughts – vote in the poll by clicking the “i” icon!
“Escape the Premises” Kevin MacLeod (incompetech.com)
Licensed under Creative Commons: By Attribution 3.0
http://creativecommons.org/licenses/by/3.0/

Do you think Bowser himself can be CAPtured?

#533 – Super Mario Odyssey had a strong showing at this year’s E3, not to be outdone by Metroid! Mario and Cappy explored some wildly different scenery, in search of different currencies and different rewards than Stars, and… well, all around this game is very different! Oh, and don’t forget the T-Rex!
“Escape the Premises” Kevin MacLeod (incompetech.com)
Licensed under Creative Commons: By Attribution 3.0
http://creativecommons.org/licenses/by/3.0/

#532 – The Nintendo Switch is picking up a little bit of steam with 3rd party developers, as they’ve had a short amount of time to react to the console’s wild success. At E3 2017, we saw the likes of Ubisoft, SEGA, Bethesda, and other developers bringing their most popular franchises to the Switch, and Nintendo was more than happy to showcase them during their Spotlight presentation. So, what did Simeon and Scott think about these titles? Watch and learn!
“Escape the Premises” Kevin MacLeod (incompetech.com)
Licensed under Creative Commons: By Attribution 3.0
http://creativecommons.org/licenses/by/3.0/

#531 – Metroid fans are happy this year. Why? Because after years of neglect (and the abuse known as “Federation Force”), Samus is back in a big way! Sure, we may be a ways out from Prime 4’s actual release, but we have a real hope that can sustain us for a while. Not to mention, a brand new (old) 2D game hitting 3DS this September! Dreams came true this E3.
“Escape the Premises” Kevin MacLeod (incompetech.com)
Licensed under Creative Commons: By Attribution 3.0
http://creativecommons.org/licenses/by/3.0/

Though it’s E3 weekend, and so much is happening, I would like to turn focus to just one of Nintendo’s events: The ARMS Open Invitational. The Big N is getting into the spirit of the season by throwing a tournament for their upcoming title ARMS. Summer fighting game tournaments are nothing new, and since we’re about a month away from EVO 2017 (the biggest, grandest fighting game tournament of the year), I found it appropriate to celebrate all of the riot time festivities by inducting some of the best Pantendo (appearing on Nintendo consoles, including first, second, and third party) fighting games into the Nintendo Experience.

We’ll kick off with an old classic: Soul Calibur II for GameCube. Soul Calibur is a series of 3D fighting games that center around weapons-based combat as opposed to hand-to-hand. If you are familiar with the franchise, you know that they’re usually multi-platform and each platform has its own exclusive character(s). For the second offering, the Playstation 2 version contained Heihachi from the Tekken series, and the Xbox version had the Spawn comic book character. Fortunately, Nintendo fans got the best deal, and Link from the Legend of Zelda series was playable. For that appearance alone this game is worth playing. 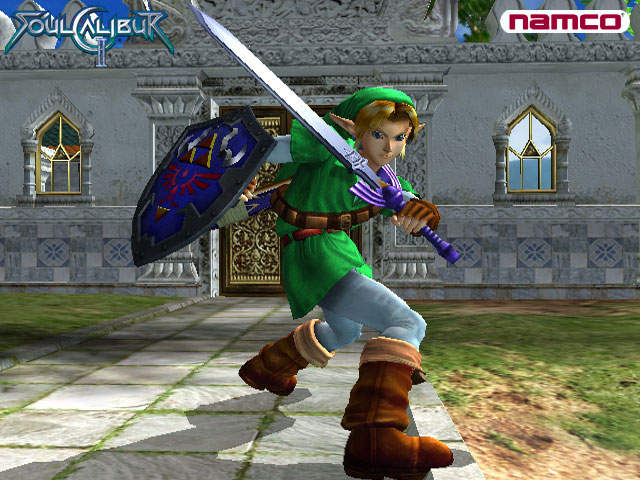 The game was a solid fighter and was an arcade classic; perfect for both friendly and serious play. With the exception of Soul Calibur Legends for Wii (of which I had not heard until researching this blog, and is not even a fighting game), this was the only one of the series that made it to a Nintendo console. I suggest you hunt down this old gem and give it a shot.

Next up is a game that should not be foreign to anyone reading this blog: Super Smash Bros. Melee. Whether you prefer this specific version or not (it is not my personal favorite), you cannot deny its impact on Nintendo and Fighting Game Community (FGC) culture.

Melee was released in 2001, and has remained relevant since, having what is possibly the longest, most-permeating tournament longevity of any fighting game ever. People continue to play competitively to this day, and it has found its way into the EVO tournament lineup six times (counting this year’s upcoming tournament) and has churned out record-breaking turnouts. Melee is the fighting powerhouse you cannot ignore.

Lastly, I would like to discuss a pushed-aside Wii gem known as Tatsunoko Vs. Capcom: Ultimate All-Stars.

The saga of TvC is an interesting, but sad tale. The original version of the game, Tatsunoko Vs. Capcom: Cross Generation of Heroes, saw some of Capcom’s best-known brawlers facing off against characters from popular Japanese anime studio Tatsunoko (probably best-known in the states for Karas and Samurai Pizza Cats). Since many of Tatsunoko’s characters were unfamiliar to the rest of the world, the game was only released in Japan and the Wii featured region lock, the rest of the world was missing out on a fighting game produced by the community’s best developer. The outcry was so great that Capcom not only decided to relent and release world-wide a year later, but to polish the game up and add new characters. Fighters who owned a Wii were overjoyed, but therein lie the crux. Many people who were serious about fighting games (especially Capcom fighters) had already found satisfaction in one of the other consoles (PS3 or Xbox 360) with Street Fighter IV, and with the announcement of Marvel Vs. Capcom 3 (for which TvC seemed a test run) for those consoles, there was little incentive to invest in this game. It soon faded into obscurity after reaching the EVO stage once in 2010.

All of this is a shame, because the game is not only technically challenging, but also one of the most balanced fighters ever made. If you scour the internet for TvC tier lists, you will find a few opinions. Almost all of them will rank the giants (Gold Lightan and PTX-40A) as dead last, or at least bottom tier. They’re a huge target, slow, and you do not get a partner to help you out. But if you look at the top eight finishers in the EVO tournament, you will see three of them used giants in their run to the top. In fact, you will see a lot of variety, which is not common in a lot of fighting games. You usually see a few characters over and over again because those characters have a natural advantage over the rest of the cast. TvC was one balanced mamma-jamma, and I love returning to it whenever I can.

That is all for this special fighting game edition of the Nintendo Experience. Pick these classics up and go the distance.

How long do we have to keep being right in order for us to become paid industry analysts that make snarky remakrs for a living?

#528 – Each year, before the Electronic Entertainment Expo, Simeon and Scott take a stab at a swath of predictions! Nintendo will be streaming some bombshell announcements during their press conference / Nintendo Direct, and we’ve created a bingo board to keep track of our correct predictions! Can we score 5 in a row? Middle space is free!
“Escape the Premises” Kevin MacLeod (incompetech.com)
Licensed under Creative Commons: By Attribution 3.0
http://creativecommons.org/licenses/by/3.0/

We’ve got all the deets on lock!

#514 – E3 silently approaches, drawing nearer every single day. Nintendo has quietly announced the outline of their plans for this year’s expo, focusing mainly on 2017 games for Switch, with some 3DS titles thrown in there too. Some fans are disappointed, hoping for a longer look at the Switch’s upcoming support after so many years of secrecy around the console. Nintendo better pull out some stops to fill in the gap between Splatoon and Mario!
“Escape the Premises” Kevin MacLeod (incompetech.com)
Licensed under Creative Commons: By Attribution 3.0
http://creativecommons.org/licenses/by/3.0/

Anyone at Nintendo looking to hire a couple of professional E3 consultants?

E3 (AKA Gamer Christmas) is coming around the corner once again, and this year will mark the first time Switch content has been shown at the convention. Will Nintendo take this opportunity to get everyone on board the hype train, or will they play it too conservative? Scott and Simeon are presenting their wishlist, and if Nintendo were to follow it, their fans would be pretty happy.

Two big pieces of news recently exploded on to the scene for Nintendo fans! E3 is being opened to the public?! Zelda Breath of the Wild is getting a season pass for DLC? What world are we living in, anyway? We’re here with our impressions on the news. Is E3 worth paying $250 to attend? Did Nintendo mess up with their announcement of the Zelda DLC by debuting it too early? All these thoughts, and more, inside the video!
Shot by Alex Campbell
“Escape the Premises” Kevin MacLeod (incompetech.com)
Licensed under Creative Commons: By Attribution 3.0
http://creativecommons.org/licenses/by/3.0/